This page covers how to replace the kickstand on the following models:

Carefully peel back the footmat making sure not to tear the rubber. 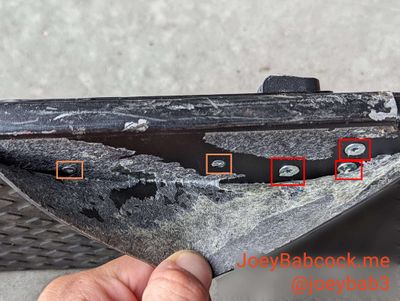 The 3 screws underneath the footmat.

There are three hex/Allen M2.5/2.5mm machine screws holding the kickstand in place circled in red.

Remove all of these and then carefully remove the old kickstand and kickstand well.

Thread the new kickstand through the hole in the well as shown below. 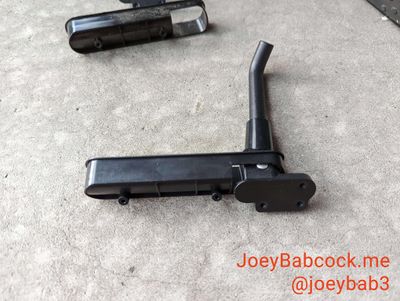 The new kickstand facing away from the well.

Slide the new kickstand and original or new well, into the hole.

Lightly insert two of the hex machine screws, then the two self-tapping Phillips screws then tighten all of them. 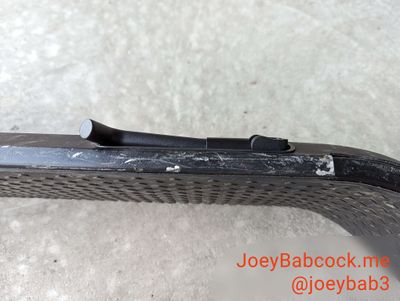 The new kickstand secured into place.
Retrieved from "https://joeybabcock.me/wiki/index.php?title=Replace_Ninebot_ESX_Kickstand&oldid=610"
Categories: